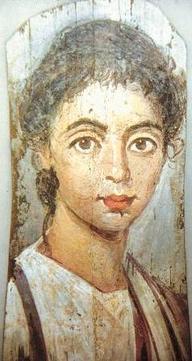 Awake, you who sleep,

Arise from the dead,

And Christ will give you light.

As Lent begins one senses a silent groan in some hearts and minds. How are we going to survive 55 days of strict fasting? What shall we eat? I can’t wait till its over! Lent is a time of prayer and fasting and charitable deeds, but also a time of repentance. Sometimes this same negative attitude can be transferred to our approach to repentance. It can seem such a chore, or at least something we must drag ourselves reluctantly to do.

But there is another way of looking at these things. It may seem quite new to some, but in reality it is very, very old. In fact, it was the way most of the first Christians looked at these things. Apart from my love of all things authentic and original, I find it so much more satisfying, so much more sensible, and so much more realistic than the later interpretations of the Christian enterprise that have spread through most Churches, including our own. It goes something like this:

Therefore, since sin is a separation from God, then to sin is to be diminished in existence, goodness, light and life and to instead be in a state that we describe with words like non-existence, evil, darkness and death.

In this state, our ability to do anything to help ourselves is also diminished. Thus our ability to save ourselves from this state is diminished, quite severely in fact. It’s a little like a drowning man who reaches a stage where he is so deprived of oxygen that his brain can no longer function well enough for him to realise that he needs to swim upwards or keep his head above water.

This is why it was impossible for us to save ourselves. It is the answer to the question, why couldn’t humanity just repent and change itself back into the image of God? Why did we need God to incarnate, be crucified and resurrect to save us? The answer is that in sinning we put ourselves in a state where we are so diminished that we are incapable of saving ourselves. If we were ever to be saved, it could not be through our own efforts, but through those of an undiminished Saviour, one with the oxygen still reaching His brain, to extend the analogy.

This also helps to explain the Moral Influence understanding of atonement that was popular in the early Church. Humanity has lost the ability to be truly “good”, to be perfect. By becoming a human being, Christ restored that ability to the human race. He showed us how to swim again, so to speak, or at least restored our hope that swimming was possible by His own example. We became able to return to God merely by observing Him and following His example, just as a lost person can find his way home by following a guide. Like the Professor Henry Higgins in George Bernard Shaw’s Pygmalion, He taught us things we could never have learned for ourselves, how to behave in high company, how to be citizens of heaven.

So also it helps explain the Ransom understanding of atonement, which was the most widespread interpretation of the salvation wrought by Christ in the early Church. Here, Christ was the Trojan Horse that entered the kingdom of death and darkness and then destroyed its power from within and broke us free from its walls forever. He found us languishing in that enemy stronghold, having been under his spell for so long that we had lost even the resolve or desire to escape his hypnotic clutches. And then He woke us up, restored our awareness and the clarity of our sight so that we suddenly remembered who we really were and whence we had fallen. With the crucifixion He burned our hearts with the sudden pain that clears the head (like Puddleglum in the Silver Chair putting the perfumed fire out with his foot), and with His resurrection He broke the chains that bound us even when we had awoken to our plight and wished to escape it but were unable because we knew not how to be freed of the chains (like the Prince in his moments of lucidity in the silver chair).

What a beautiful, noble, logical understanding of the mystery of Christian salvation! I find this understanding so motivating, so inspirational, so stirring. Who among us wishes to be a slave? Who among us wishes to live life in a stupor of ignorance, living a dazed and miserable, unendurable existence as a beggar or a hobo, lurching from one bottle of intoxicating wine to another, punctuated only by head-splitting hangovers, when all the time we are in reality the royal children of the Great King, and His whole palace, nay, His whole kingdom is at our disposal?

This is what repentance is all about. It is not about grudgingly and reluctantly giving up delightful pleasures for the sake of some far-distant ephemeral heavenly existence, nor is it a grovelling attempt to appease an angry God. Repentance is about waking up from the drunken sleep of our diminished state of existence to realise what we should have been, what we may yet become: that perfect image of God of which Christ is the model and the first fruit. It is about dispelling the frightening darkness of the sinful life and heart with the piercing, invincible, all-revealing light of the goodness of Christ. It is the changing of one’s direction, from dying, to becoming more alive. This is why we will sing triumphantly in the resurrection liturgy, as part of the hymn, “All You Heavenly Hosts” …

The Lord arose as one who sleeps,

And as one who is drunk with wine,

He has granted us the everlasting joy,

And freed us from bitter bondage.

And crushed its doors of copper,

He utterly broke the bars of iron,

And for us, exchanged salvation for reproof.

PS Apparently this is post number 200 on this blog. I never thought I’d score a double century in anything!

3 Replies to “A New (Old) Take on Repentance”