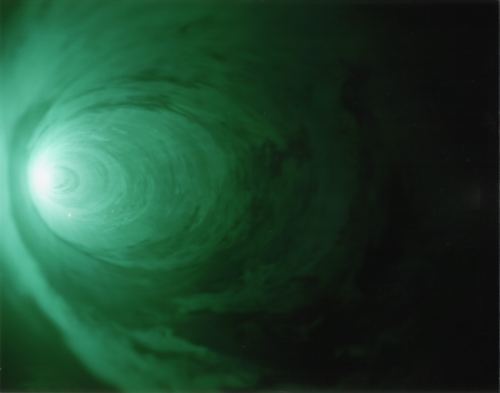 There have been many tales of people who have experienced the life beyond death and returned to describe it, but none has impressed me as much as this one. The reason it impresses me is that the subject of the experience, unlike most other cases, was a hard-headed, fairly agnostic and highly intelligent scientist … a neurosurgeon, no less! If anyone should be able to tell a purely physiological phenomenon from a genuine supernatural experience, you would think it would be someone like Dr Eben Alexander.

A near death experience is one where a patient is clinically dead for a period of time and is then resuscitated. Such patients often recall strange experiences during the time they were unconscious; some of them pleasant, some of them deeply distressing. A variety of natural explanations have been put forward for this very real phenomenon, such as the effects of a lack of oxygen in the brain. Others have pointed to the possibility of producing strange experiences using the general anaesthetic ketamine as suggesting a similar natural process underlying near death experiences.

Which is why the story Dr Alexander tells is particularly pertinent. He contracted E. coli meningitis, a bacterial infection of the lining around the brain that seriously imperilled his life and flung him into a coma for seven days. During that time, numerous scans of his brain and its function were conducted, and showed that his brain was not just impaired, but genuinely non-functional. What this means is that his vivid experiences are unlikely to have been produced by a lack of oxygen or damage to neuronal circuits causing the brain cells to misfire and produce hallucination, or any other natural process. To put it bluntly: a brain can’t hallucinate when it has stopped working altogether.

I have been interested in near death experiences for decades now, ever since reading Beyond Death’s Door by Dr Maurice Rawlings back in the eighties. His description of a patient who could recall the details of a neck tie worn by a staff member who came into his hospital room after he had clinically died and left before he had recovered consciousness struck me as being pretty good evidence for the reality of such experiences. Another striking tale I came across on the net was that of a Russian priest (from memory) who had a near death experience in a hospital during which he wafted out of his body and came across an infant in another bed who wordlessly told him that his hip hurt. Upon waking and describing the infant and his location to doctors, it turned out that the infant had been in hospital for weeks crying constantly with pain but without a diagnosis. When they examined his hip, they found that was where the problem was. This kind of knowledge, inaccessible to the patient, discounts the possibility of any natural explanation.

So I was fascinated when I heard of an experiment to be conducted by Professor Bruce Greyson at the University of Virginia that planned to test out the reality of near death experiences. His plan was as elegant as it was simple. He would set up a laptop computer in an operating theatre in a high position where no one could see its screen. This was a theatre where patients’ hearts were purposely stopped in order to perform heart surgery. These patients are at increased risk of experiencing clinical death and in an excellent position to be revived. The laptop would have on its screen a random picture. All he had to do was to interview any patient who died and was resuscitated, and ask them if they could identify which picture they saw on the laptop in their disembodied state. If many of them got it correct, that would be powerful evidence that one’s consciousness does genuinely leave the body during these experiences and that this is no mere hallucination.

I corresponded with Professor Greyson soon after this experiment was completed, back in 2008, and he was kind enough to share some of his thoughts with me. Unfortunately (or fortunately) none of his series of dozens of patients had their heart stop, so he had no data. I wonder if he ever followed up with further experiments. However, his insights into the issue, again, coming from a highly intelligent scientifically trained mind, were most instructive. He did warn me that: “I am a hard-core empiricist and do not feel competent to say much about philosophy or theology”. Having specialised in this area of near death experiences, he had access to many patients who had experienced them. When I asked him what he thought of it all, this was part of his response:

…there are several features in the near-death experience that do shed light on what is after death.  For example, many NDEs include (1) enhanced mental functioning while the brain is seriously impaired or shut down completely, suggesting that the mind can continue to function quite well without the brain (in fact, it seems to function even better without the brain to limit it); (2) accurate perceptions from and out-of-body visual perspective, suggesting that the mind is not limited to the physical body; (3) visits during the NDE with deceased persons in which accurate information is communicated, suggesting that those loved ones who had previously died are still surviving and able to communicate; and (4) so-called “Peak in Darien” cases, in which the near-death experiencer has a visit with a deceased person whom no one knew had died, ruling out the possibility that the “visit” with the deceased loved one was a “wishful-thinking” hallucination.

But even more interesting for me was this observation which he made:

Most near-death experiencers tell me that what they experienced was ineffable, that there are no words to describe it.  I take them at their word, and I suspect that what happens after death is so foreign that our tiny brains cannot understand it and our feeble language cannot capture it.

I find these words strangely comforting. The experimental evidence seems to be mounting that this physical world is not all there is, but that there exists beyond it another world, one so different, so strange, so beautiful that we can never comprehend it in our limited fallen state. I will leave the last word to Dr Alexander, whose book, Proof of Heaven, is to be published later this month:

Before my experience these ideas were abstractions. Today they are realities. Not only is the universe defined by unity, it is also—I now know—defined by love. The universe as I experienced it in my coma is—I have come to see with both shock and joy—the same one that both Einstein and Jesus were speaking of in their (very) different ways.

PS For those interested, a good recent sober and scientific assessment of the current state of understanding of Near Death Experiences is Near-Death Experience: Out-of-Body and Out-of-Brain? a paper by Christian Agrillo of the University of Padova, published in the Review of General Psychology, 2011, Volume 15, Number 1, pages 1–10. Here is the abstract of that paper:

During the last decades, several clinical cases have been reported where patients described profound subjective experiences when near-death, a phenomenon called “near-death experience” (NDE). Recur- ring features in the accounts involving bright lights and tunnels have sometimes been interpreted as evidence of a new life after death; however the origin of such experiences is largely unknown, and both biological and psychological interpretations have been suggested. The study of NDEs represents one of the most important topics of cognitive neuroscience. In the present paper the current state of knowledge has been reviewed, with particular regard to the main features of NDE, scientific explanations and the theoretical debate surrounding this phenomenon.

2 Replies to “Near Death Experiences”