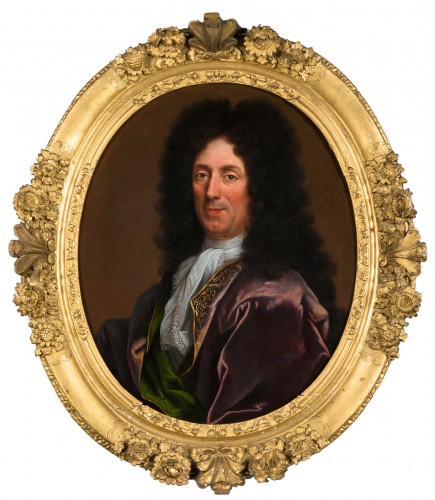 In an age of equality and democracy, a word like ‘nobility’ has a bad taste about it. It can bring to mind selfish, wealthy aristocrats living off the blood, sweat, and tears of the poor, caring nothing for their welfare, so long as they get what they want from them.

But of course, that’s the wrong kind of nobility. In St Paul’s letter to the Philippians, he lists “whatever things are noble” as one of the things we ought to train our minds and hearts to rest upon:

The Greek word we translate as “noble” here is σεμνός (semnós), from a root word σέβομαι (sébomai) meaning to revere or adore. So, something that is semnós is something that is worthy of reverence or adoration.

But the traits that St Paul reveres and adores may not necessarily be the traits we revere and adore today. For example, in the corporate world, the traits most respected and revered are just as likely to be ambition, ruthlessness, getting the job done, and annihilating the competition. People are frequently categorised as ‘winners’ or ‘losers,’ the latter attracting anything but admiration. This is the inevitable consequence of a society where competition is the chief principle of social life.

Competition brings many material benefits. It is a powerful motivator for people to work hard, to produce bigger and better consumer goods, to make a country rich. But it also brings much immaterial harm. The ‘loser’s’ sense of self-worth is always damaged, with all kinds of mental health consequences. What is worse, ‘losers’ are seen by others (and often by themselves as well) as being responsible for their own failure. They didn’t try hard enough, or they just don’t have what it takes. Inevitably, we have a society with two tiers of human beings. Only in this kind of worldview can people say (as some actually have) that the elderly and the sick ought to be willing to die in this Covid-19 pandemic in order to save the nation’s economy for the rest of the nation. Life is expendable, economic profit is not. This is social Darwinism at its worst: survival of the fittest, and everyone else be damned.

This is not the Christian Gospel. People like Jesus and St Paul did not measure a person’s worth by whether she was an economic ‘winner’ or not, nor by whether or not she’s “got what it takes.” In the verse above, St Paul’s idea of what is noble—what is worthy of reverence and adoration—involves things like truth, justice, purity, and beauty (the Greek word here is προσφιλής, prosphilīs—something so lovely it draws you into loving it). Nothing about economics. Nothing about competition. Nothing about being a winner.

In fact, the Christian Gospel in its pure form is about letting go of every self-serving impulse and thought, and instead surrendering to unconditional divine love. Christ never exhorted anyone to ‘make it in life.’ He did, however, consistently teach people to lend and expect nothing in return, forgive even the unworthy, share food and clothing with those who lack it, and even to give one’s life for others. That little group of His teachings illustrates beautifully the Christian concept of ‘nobility.’

The Christian Gospel insists that it is this kind of unconditional love and regard for others that is noble—worthy of reverence and adoration. These thoughts are the right thoughts in which to rest your mind and heart. You may not be economically successful in doing so. You may not get ahead very much in life. Or you may. It doesn’t matter. Economics is not what matters. Being Christ-like, being made of noble stuff: that is what matters.

Parents today spend a lot of time imbuing their children with motivation to work hard, to instil in them life habits that will help them succeed in study and career, and to model such traits for them. But I wonder how much parental effort goes into teaching their children to be noble?

And the stuff of which you are made shows itself in your life and actions. In my primary school, there were kids who, in the lunchtime soccer matches in the playground, would regularly switch sides. Not from the losing team to the winning team, because they wanted to feel like winners, but from the winning side to losing side. They felt compelled to help the losing team, rather than to exult in being on the winning team. It’s a small and largely unnoticed gesture, but it says a lot about a certain attitude to life, and the character from which it arises.

And today, in the midst of the Covid-19 pandemic, the real stuff inside people is coming to the surface to a degree and on a scale I certainly have not seen before. I have never seen the whole world in crisis the way it is today. No doubt the grandpas and grandmas will tell you things were much worse during the World Wars, or the Great Depression, and they are probably right. But these days are the days that we will tell our grandchildren about (God forbid that worse days be yet to come!)

We are seeing instances of horrible competition: governments trying to outbid each other for desperately needed medical supplies (survival of the fittest, again); businesses trying to profit from people who are desperate; people wrestling over toilet paper at the supermarket. But then, there are (I think and hope much more of this) plenty of examples of self-sacrificing heroism and noble giving: all our health workers putting their own health at risk minute by minute to save others; neighbours sharing what they have with each other; people reaching out to strangers (from an appropriate social distance, of course, or by phone and internet) to ask if they need anything.

World War II is not a bad analogy for my purposes here. When the fighting was over and the dust had settled, individual people were left with one thing: a conscience either ennobled or smothered. Almost everyone had made ethical decisions in a time of crisis. Now the crisis was over, but the heart remained, whether bright with noble light, or darkened by ignoble atrocities great and small. Some had lost their lives nobly protecting the vulnerable; others has lost their souls indulging cruelty and greed.

This pandemic too will be over one day. The choices we make today—great and small, with family and with strangers—will determine whether we emerge with a heart that is ennobled … or ignoble.

That is the only thing that really matters.