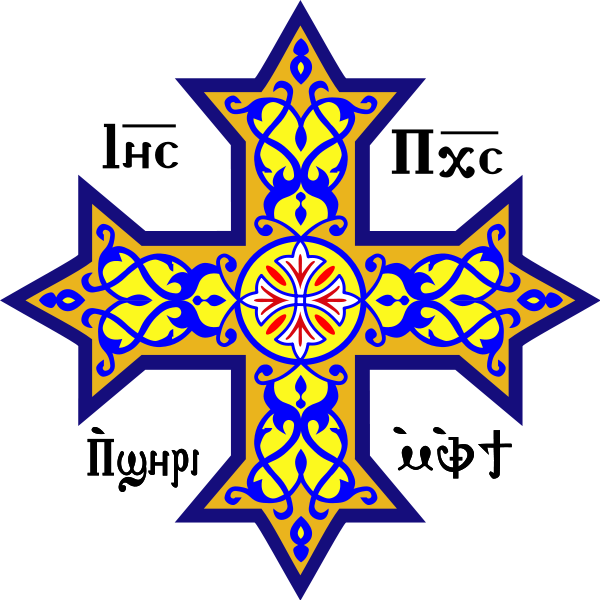 Fr Peter Farrington of the British Orthodox Church wrote a very important article in the Glastonbury Review about the history of Protestant missions in Egypt and their influence on the Coptic Orthodox Church, one of many resources now available on this fascinating period of Coptic history. While the main gist of Fr Peter’s article describes the low view the British missionaries had of the Coptic Church of the day, (some even considered Copts to be on a par with Muslims in their ignorance of the Christian faith!) he also describes the willingness of the Coptic clergy of the time to benefit from the help of the Europeans, even to the extent of sending candidates for the priesthood to seminaries run by the Protestants to train them in theology. This shows an admirable ecumenism on the part of the Coptic decision-makers, but it also reflects one of the darker trends in Coptic Church history over the past two centuries.

The trend I am talking about is the tendency to associate Western Christianity with advanced Western civilisation, and therefore to see both as something superior to aspire to. What this means today is that due to this historical phenomenon, patchy though it has been both in time and place, the Coptic Orthodox Church has adopted some worrying aspects of Western Christianity, and forgotten that they are foreign innovations. The same thing happened in the Eastern Orthodox family, a phenomenon they call the ‘Western Captivity’, echoing the Babylonian captivity of the Hebrew people. But the Eastern Orthodox have experienced an inspiring revival of ancient, patristic and apostolic thought over the past hundred years or so, mainly through the brave work of scholars such as Vladimir Lossky and Alexander Shmemann, that has gradually purified their theology from the Western innovations and restored it to something much closer to that of the ancient Church. In the Coptic Orthodox Church, there have always been those who have delved deeply and honestly into this matter and come out with much the same results as the Eastern Orthodox revival, but until recently, they were not influential in the Church. They published their views in scholarly journals like The Coptic Church Review, Coptologia and the Glastonbury Review, the learned journal of our affiliated British Orthodox Church, or in the mammoth masterpiece, the eight volume Coptic Encyclopedia, but for the most part their work was ignored in parishes and Sunday School classrooms. I rejoice to see the winds of revival finally blowing through the corridors of the Coptic Orthodox Church, a trend I believe is being tactfully supported by HH Pope Tawadros II.

No doubt you have gleaned by now that I too am a strong supporter of this return to our ancient Orthodox roots. In this series of blogs I am going to try to present some of the defining characteristics of Orthodox Christianity as I understand it. Of course, we share some of these characteristics with Christians of other denominations in various degrees, but anyone who possesses all of these characteristics is pretty much an Orthodox Christian. Please do not take this to be in any way an official statement of the Coptic Church. I am not a theologian, but a simple parish priest, and what I am sharing with you is the way I understand my faith. I stand ready to be corrected by those who know more than I!

From the outset I wish to make it clear that I am not saying that we should stick to our Orthodox heritage because it is better than all the others. Appreciating your own Christian tradition does not necessarily mean putting down the traditions of others. Where I point out differences between Orthodox, Catholic and Protestants, it is not to gloat over those misguided non-Orthodox who are inferior to us jolly good fellows, or perhaps even heretics. Christ has many flocks, and each follows Him as best it knows how. In the end, it is He who will reveal to us who was right and who was wrong, and I do not believe it is our part to judge each other, thus usurping His role. But I did choose to be Orthodox for reasons that make a lot of sense to me, and it is those reasons I wish to share with you.

In fact, Orthodox Christians have much in common with other types of Christian, Catholic and Protestant, and we should celebrate these shared beliefs and practices and work to unite under the Holy Spirit who works in us all. But there are also some important differences, and these should not be ignored as if they didn’t exist. Being an Orthodox Christian is a particular way of approaching God with its own history, its characteristic depth, beauty and truth; things worth not only living to the full, but also preserving and passing on faithfully to future generations. It is not surprising then that many Orthodox are very wary of the influence of other Christian denominations upon their own Church. Again, one can desire to preserve one’s own tradition without disparaging the traditions of others.

Now you will notice that I will not talk about things like the style of music we use in our hymns (apart from liturgical prayers, of course, which have their own long and venerable tradition and deep spirituality – to tamper with it would be tantamount to tampering with Mona Lisa!), or about whether or not we should clap when we sing, or about whether it is permissible to preach a sermon with an animated enthusiasm, or even to break into hymn in the midst of a Bible Study. To me, such things are superficial, cultural factors. We must not mistake the faith we hold with the culture we use to express it. The faith is not to be touched, but the culture is to adapt to the world of those who use it. We must conform to the faith delivered to us by Christ through His Apostles, but our culture must adapt to our changing life and environment. Let us not forget that the little boy tapping on a drum behind the choir in the liturgy in Kenya is just as much a Coptic Orthodox Christian as the soulful deacon singing millennia-old tunes at the front of the liturgy in Cairo. Being Orthodox is not about the music you like or whether you clap when you sing. It’s not about your preaching style. It’s about what you believe, how you think, how you live your life and the kind of person you are.

One last bit of housekeeping before we go on. In this series of posts I am going to use some terms in a certain way, so it would be good to define those terms from the outset to prevent confusion later on. Sometimes I am going to contrast Western Christianity with Eastern Christianity. Here, Western Christianity refers roughly to the Roman Catholic and all Protestant traditions, while Eastern Christianity refers to the two families of Orthodox Churches, the Eastern Orthodox (Greek, Russian, Serbian, etc.) and Oriental Orthodox (Armenian, Coptic, Eritrean, Ethiopian, Indian and Syrian) as well as the Assyrian Church of the East. At other times, I will contrast Apostolic Churches with Non-Apostolic Churches. By Apostolic Churches, I mean those Churches that have an unbroken line of priestly orders that can be traced back to the Apostles of Christ themselves. This group includes all Christian Churches apart from the Protestant Churches, which have broken their chain by rejecting the sacrament of priesthood altogether. I know that these categories are imperfect, and that there will be Churches and traditions that lie in no-man’s zones in between, but such broad generalisations should be sufficient for the task I am undertaking in these posts.

With these foundations in mind, allow me to share with you my understanding of what it means to be an Orthodox Christian.

Some books you might enjoy on the topics I hope to cover are listed below. I have listed those I think are readable and accessible to the average reader and left out some excellent books that are a little more complex in their material or style.

6 Replies to “Being Orthodox 1: Introduction”