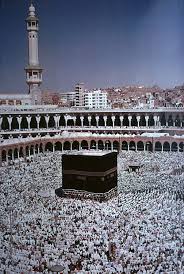 In the last post I discussed the problems that might arise due to the world’s ever growing population and looked at some of the discussion about what might be done about it. In this post I am going to explore the growth in population of different religious groups.

In recent times, there has been some heated discussion about Muslims having large families and taking over western countries through sheer numbers. But do the figures bear this out? A little exploration of the Australian Bureau of Statistics website shows some interesting facts. Below are a few trends projected for the growth of religious groups, firstly in the Australian population, and then in the world population. Please keep in mind that while statistics are fun, they can also lie quite easily, so one should take the predictions for the future below with some caution.

If there are any statisticians out there who have a better way of analysing the figures and making more sound predictions, I would love to hear from you! If you email me (“Contact Me” at the top of the page) I would be happy to share my spreadsheets with all the Bureau statistics and you can play around with them to your heart’s content. But please, do share your results.

The percentage of children in Australia who are 0-14 years old has changed from 1996 to 2006 as follows:

Growth is very hard to predict, and I am not a professional statistician. First I tried multiplying each population by the same growth factor that occurred from 1996-2006, but this produced some obviously ridiculous results by the year 2016. So I then tried just assuming that each population grows or declines by the same number of people every ten years. Obviously, this method too has its limitations, but using it, the big winners are going to be “No religion” and “Religious Affiliation not Stated” which together will grow by 2106 to be 49.5%of the population, compared to only 29.9% in 2006. In the same period, others will change thus:

At current rates of decline, Churches of Christ would disappear by 2036; Uniting Church by 2066, Presbyterians by 2086 and sadly, the Salvation Army by2076. Of course, this is all unlikely as other factors will certainly come into play.

So the biggest trends on these assumptions are the shrinkage of the Anglican Church and the growth of non-religion. In 2066, the non-religious will outnumber Christians for the first time in Australian history.

Non-Christian religions, while experiencing significant growth, are so small in number that they do not really make any big impact on the country’s profile. By 2106, Buddhism, Hinduism and Islam combined would make up only 12.9% of the population compared to 4.5% in 2006.

Of course, this calculation does not take into account what the immigration trends will do, or fertility rates. I could not find fertility rates by religion at the ABS and I suspect they may not want to publish them too easily. The bureau responded to my email enquiry by telling me that such comparisons are not produced as standard, but one can have them generated at a cost of about $500.

It is interesting to compare these figures with worldwide population trends predicted by the United Nations. They note the falling growth rate of the population and predict, by some models, that the population of the world will stabilise at around 10 billion just after the year 2200. What is more interesting is their predictions about the change in the distribution of the population. Here, it is Africa that seems to be the big winner, growing from 12% of the world in 1995 to 24% in 2150. By contrast, China declines from 22% in 1995 to just 14% in 2150, and Europe from 13% to just 5%.

“By 2150 in the medium scenario about a third of the world population lives in China and India; about a quarter in the rest of Asia; another quarter in Africa; fewer than one in ten persons lives in Europe and Northern America; and about the same proportion lives in Latin America and the Caribbean.”

One of the lessons from the UN study is that population growth is exquisitely sensitive to fertility rates. The Executive Summary explains that varying the worldwide fertility rate by small amounts can lead to wildly different outcomes:

So it seems that the average number of children that a community has will seriously affect the proportion of that community among the worldwide population. If the community is very small, then the effect will not be great – doubling a population is not a big deal if that population starts with only 12 million people, say, as is one estimate for the Coptic community worldwide. Amidst the billions, there is little difference between 12 million and 24 million.

But what about a much larger population, like the Hindu or Islamic communities? The UN report cleverly avoids mentioning religion, and looks at trends only in relation to geographical areas. As we saw above, the starting points in Australia (1.7% Muslim) are relatively small, so the effect will not be so pronounced, even with high fertility rates. A country like France (8-9.6% Muslim) will begin changing its face long before Australia does. But the worldwide picture is quite different. It doesn’t take much to see that if one starts out with a large proportion of the world’s population in 2011 and adds to that a high fertility rate in comparison to other groups, over the centuries the world will certainly look very different.

One study suggests that Muslims will grow significantly as a proportion of the world’s population over the next 20 years. The trend is worth looking at from 1990 to 2030. The percentages below are percent of world population.

But the study also suggest that the vast majority of this increase will be in countries that are already majority Muslim, and that the Muslim populations of Western countries will not grow drastically as proportions of their national population.

“If current trends continue, however, 79 countries will have a million or more Muslim inhabitants in 2030, up from 72 countries today. A majority of the world’s Muslims (about 60%) will continue to live in the Asia-Pacific region, while about 20% will live in the Middle East and North Africa, as is the case today. But Pakistan is expected to surpass Indonesia as the country with the single largest Muslim population. The portion of the world’s Muslims living in sub-Saharan Africa is projected to rise; in 20 years, for example, more Muslims are likely to live in Nigeria than in Egypt. Muslims will remain relatively small minorities in Europe and the Americas, but they are expected to constitute a growing share of the total population in these regions.”

Another study compared the growth rates of the major religions in the world:

If these rates continue into the future, there is little doubt that the face of the world will change. The question is whether the current fertility rates will drop as the Muslim and Hindu worlds continue to grow more prosperous, and inevitably more secular, as has happened in the largely Christian world in the west. Then again, Africa with its large Christian population may be the balancing factor.